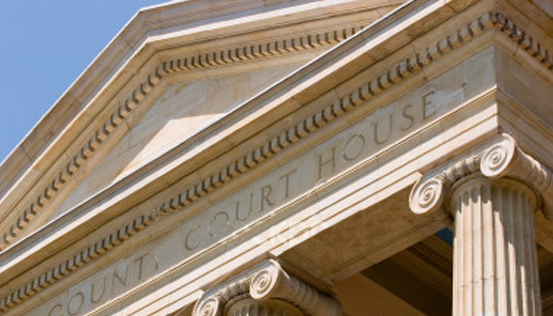 The 101st Legislative Session of the Illinois General Assembly just started its second year in January. The first year was a busy and productive session with single party control of the Governor’s office and both houses of the General Assembly. Governor J.B. Pritzker vetoed few bills, and several noteworthy public acts impacting the Illinois fire service were signed into law. The public acts detailed below have been under-analyzed in the shadow of those flashy new laws regarding cannabis and pensions.

Section 11(k) of the Fire Protection District Act was amended to allow a fire district to approve purchases over $20,000 without bidding via a qualified joint purchasing program. The joint purchasing program may be either a governmental or nongovernmental program, but the program must require a competitive solicitation and procurement process and advertising. This legislation codifies the use of these programs, which are prevalent among firefighting and EMS vehicle dealers.

Section 11(k) was again amended to allow fire districts to publish the required bidding notices in a weekly newspaper instead of a daily paper. This legislation also mandates that fire districts post the bidding notices on their websites if the website is maintained by the fire district’s full-time staff. Finally, at long last, this legislation eliminates the rather silly requirement that fire commissions publish a notice of promotional testing in the newspaper.

This legislation removed two annual legal requirements for units of local government related to prevailing wage compliance. First, public entities no longer need to make an annual determination of prevailing wage rates by resolution. Second, public entities no longer need to publish a notice of that in the newspaper, nor must they file it with the State. Please note that governments must still comply with all other aspects of the Prevailing Wage Act with regards to work performed by contractors on public works projects.

A new exemption from the Illinois Freedom of Information Act (FOIA) was granted to public bodies. Public bodies are no longer required to divulge credit card or debit card numbers, FEIN numbers, security codes, passwords, or similar data. Most entities have been redacting this information for years to avoid identity theft, but now the exemption is patently clear.

The Fire Investigation Act (425 ILCS 25) was amended to allow local jurisdictions and the Office of the Illinois State Fire Marshal (OSFM) to have concurrent jurisdiction in the enforcement of life safety violations and arson cases. This legislation provides revised administrative procedures for OSFM hearings on these fire hazards and further provides for expedited notification via email.

This new law permits municipalities and fire protection districts to negotiate with its full-time union to establish an apprentice program for full-time hires. Establishment of such a program that meets the criteria set by this statute would provide for qualified apprentices to receive twenty preference points on that department’s hiring examination process, and these points may be awarded at any time during the eligibility process. Note that the process is optional rather than mandatory and would require collective bargaining with the union.

Two new requirements were established for any public buildings that have restrooms which are open and accessible to the public. The first act requires that every public body with accessible bathrooms have at least one “safe, sanitary, convenient, and publicly accessible baby diaper changing station that is accessible” to both genders. This may require the public entity to equip up to two bathrooms with changing stations in each public building. The second act requires public entities to designate any and all single-occupancy restroom as “all gender” and outfit the restroom with exterior signage to allow for use by either gender. Multi-occupancy restrooms are not required to be similarly designated. Both acts were made effective on January 1, 2020.

One of the most important laws passed this session aimed at suicide prevention for public safety employees. This law creates the Illinois First Responder Suicide Prevention Act, which advances confidential peer support counseling programs within fire and police departments. In addition, the Act creates a cause of action for employees against confidentiality breaches and also creates a cause of action against employers for taking adverse employment actions against participants in the peer support process. Finally, the Act also allows for training resources to help public safety employees better identify stress, trauma and PTSD among others in their professions. Effective now.

Still another dozen or so public acts impacting the fire service were signed into law by Governor Pritzker and summaries of those laws can be found on the IFCA and IAFPD websites. As you are reading this, understand that nearly one hundred bills in this legislative session have been introduced and your fire service legislative advocates are advancing certain bills while simultaneously resisting legislation that negatively impacts the fire service.