For more than two months, Governor J.B. Pritzker has been issuing Executive Orders that waive or alter a variety of laws involving local governments. These orders were designed to temporarily deal with ramifications of the COVID-19 emergency. However, when the General Assembly met in Special Session last week, many of their votes essentially ratified the Governor’s orders by making permanent statutory changes. Although the bills below have not yet taken effect, they will as soon as the Governor signs them.

The most significant change for local governments is an amendment to the Open Meeting Act (OMA), officially allowing board members to attend and participate in meetings by audio or video conference, without needing an in-person quorum—but only in limited situations. Most public bodies have already been doing this since the Governor issued Executive Order 2020-07, suspending the section of the OMA that restricted participation “by other means.” However, that Order offered few details, and the Attorney General’s subsequent guidance merely gave recommendations. 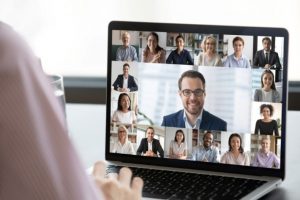 Now, thanks to Senate Bill 2135, local governments have a strict set of requirements for holding a meeting this way. First, this new section of the OMA only applies if the Governor or Director of the Illinois Department of Public Health has declared a public health disaster covering the public body’s jurisdiction. Then, the head of the public body must determine that meeting in-person “is not practical or prudent” in light of the disaster.

If that determination is made, the public body must provide at least 48 hours’ notice of its meeting as before, unless there is a bona fide emergency (beyond the disaster declaration). That notice must be given to all members and all requesting news media. It also must be posted on the public body’s website, regardless of whether a full-time employee maintains the website. The notice must also include details on how people can attend the meeting. If public attendance is feasible at the regular meeting location, that will suffice, as long as everyone physically present can hear the discussion, testimony, and votes. If public attendance is not feasible, the public body must find a way to give the public access to the live meeting, by phone or video, and the details must be included on the notice.

Nothing in this amendment requires that the public be given an opportunity to comment during the electronic meeting. However, nothing eliminates the existing requirement to allow anyone to address public officials at the meeting. Therefore, public bodies should ensure that the technology being used for the meeting can allow public comment at a particular point of the meeting.

Other requirements of this new section include:

Lastly, at least one person—either a member of the public body, chief legal counsel, or chief administrative officer—must be present at the regular meeting location, unless that is unfeasible due to the disaster. Presumably, this requirement is to help any members of the public who mistakenly arrive at the meeting location. 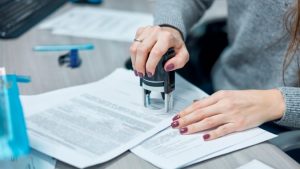 Another significant change authorized by the Governor during this disaster was remote notarizations. The General Assembly officially amended the Electronic Commerce Security Act to provide for that. SB 2135 states that from March 26, 2020 up until 30 days after the expiration of the Governor’s emergency declaration, “a notarial act or an act of witnessing,” may be executed through a two-way audio-video communication, regardless of whether a person’s presence is required. The communication must allow simultaneous sight and sound interaction between the signer, the witness, and the notary public, such as by Zoom. Though technology issues will not affect validity, the notary, signatory, and witness must still attest that they are physically present in Illinois.

This special process requires the signatory to describe what the document is for the communication, and each page being witnessed must be shown to the witness. The signature must be seen closely, and the signatory must send the entire signed document directly to the witness by overnight mail, fax, email or other means within one day of signing. Then the witness must sign and send back to the signatory within one day of receipt. In the event that an original signature by the witness is necessary, it can be dated as of the original execution date. All legal documents, unless expressly prohibited, may be signed in counterpart. Finally, the signatory must keep a recording of the communication for at least three years. 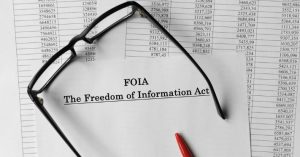 On Friday, June 12, 2020, Governor J.B. Pritzker signed Senate Bill 2135, now referred to as Public Act 101-0640. As we informed you in a Client Alert last month, this legislation makes several changes to the way local governments operate during  health emergencies, including electronic meeting attendance under the Open Meetings Act and remote notarization under the Electronic Commerce Ethics Act.

However, P.A. 101-0640 does not amend the Freedom of Information Act. In that prior Client Alert, we stated that delays in responding to FOIA requests would be permitted due to the pandemic. That language was added to the bill in a House amendment, but it was removed completely before the final bill was approved. We apologize for any confusion caused.

The time and method requirements for responding to FOIA requests remain the same as they were before the pandemic. Most FOIA requests must be answered or denied within 5 business days. Public bodies may also request an additional 5-business day extension, but that is the maximum limit in most cases. The Illinois Attorney General’s Office encourages public bodies and requesters to work together on mutually acceptable extensions greater than 5 days if necessary, but longer time periods are not guaranteed. 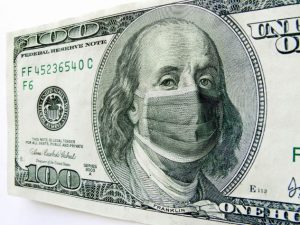 The General Assembly accomplished one of its main goals in the special session by adopting a budget, although it includes a significant deficit buoyed by borrowing and receipt of federal money. However, the budget also contains some relief for local governments. For the first time in several years, the General Assembly is not withholding any portion of the Local Government Distributive Fund. The 5% cut made last year was eliminated, increasing LGDF revenue rates slightly this coming year.

A provision was added to the Municipal Code for budgeting during emergency declarations. If a disaster or emergency impacting a municipality is declared within 60 days of the end of the first quarter of the municipality’s fiscal year, the deadline to adopt an annual appropriation or budget ordinances is extended by 60 days. During that extended period, the total amount budgeted from the previous fiscal year can be used to defray necessary expenses and liabilities.

Lastly, the General Assembly created the Local Coronavirus Urgent Remediation Emergency (Local CURE) Support Program, which will distribute the unappropriated money that Illinois received from the federal CARES Act. Units of local government that did not receive direct funding (i.e., all local governments except Chicago and the biggest counties) will receive a per capita share of approximately $250 million. Those revenues must be spent on direct COVID-19 expenses that were not accounted for in the most recently approved local budget.

On the other hand, Senate Bill 685 might reduce the amount of tax revenue local governments receive this year. That bill allows a county board (except Cook County) to pass an ordinance waiving or decreasing the interest penalty for delinquent tax payments, which would then lead to fewer tax dollars downstream. This change only applies to the 2019 levy year and expires after 120 days or the first day of the first month after the disaster declaration ends, whichever is earlier.

Election Day is a State Holiday

Senate Bill 1863 designates November 3, 2020 as a state holiday. All government offices shall be closed, except for polling places. Public bodies should consult their collective bargaining agreements to determine whether there is any language that would give covered employees this extra holiday. If not, the terms of the CBA would likely control. This change will be repealed January 1, 2021. 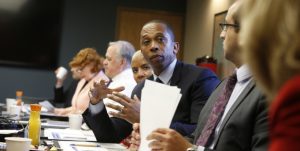 The Governor’s stay-at-home order forced the cancellation of annual township meetings across the state on April 14. House Bill 2096 retroactively gives townships permission to postpone those meetings during a declared public health disaster, if circumstances related to the disaster prevent attendance. Then, the postponed meeting shall be held on the third Tuesday of month following the expiration of the disaster declaration, still after 6:00 P.M. If a subsequent disaster is declared but the Township still intends to meet, the Township board must consult with the county health department in order to proceed. Notice and agenda requirements do not change. 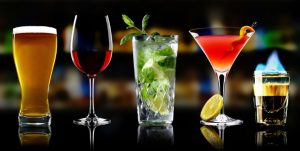 The Governor is not alone in making special concessions during the stay-at-home order. The Illinois Liquor Control Commission announced early on that certain license holders would be allowed to sell and deliver cocktails or mixed drinks. House Bill 2682 made that change permanent, regardless of whether there is a public health disaster. There are many restrictions, though.

A cocktail or mixed drink may be purchased and delivered, only if the mixture is placed in a sealed, tamper-evident container by a retail licensee at the licensee’s location. The cocktail must be transferred at all times by an employee of the licensee who has been trained as a liquor server, is at least 21 years of age, and upon delivery, verifies the age of the person to whom the cocktail is being delivered. The sealed container must be placed in the trunk or if no trunk, in the rear compartment not readily accessible to the passenger area. Third-party delivery services are not allowed to deliver cocktails or mixed drinks.

Many of these changes will be difficult to navigate, especially in these uncertain times. If you have any questions about complying with these new laws once the Governor signs them, please contact an attorney at Ottosen DiNolfo Hasenbalg & Castaldo.