by Michael B. Weinstein

Police and firefighter pension funds are often required to decide whether a member has become disabled in the line-of-duty. Frequently, the individual applicant has also filed for workers’ compensation benefits, in which case the decision on those benefits might require that the pension fund come to the same conclusion. As a result, a new Illinois law regarding workers’ compensation and COVID-19 could make it easier for applicants to obtain a duty-related disability pension.

To gauge the impact of the new law, it is important to understand how Illinois courts determine whether to apply a workers’ compensation decision in a subsequent pension hearing. Courts invoke one of two similar, but not identical, legal doctrines: collateral estoppel or res judicata. In Village of Alsip v. Portincaso, 2017 IL App (1st) 153167, the 1st District Appellate Court concluded that the doctrine of collateral estoppel precluded the disability applicant from relitigating the issue of whether he was injured in the line of duty after that determination had already been made by the Illinois Workers’ Compensation Commission (WCC). The court 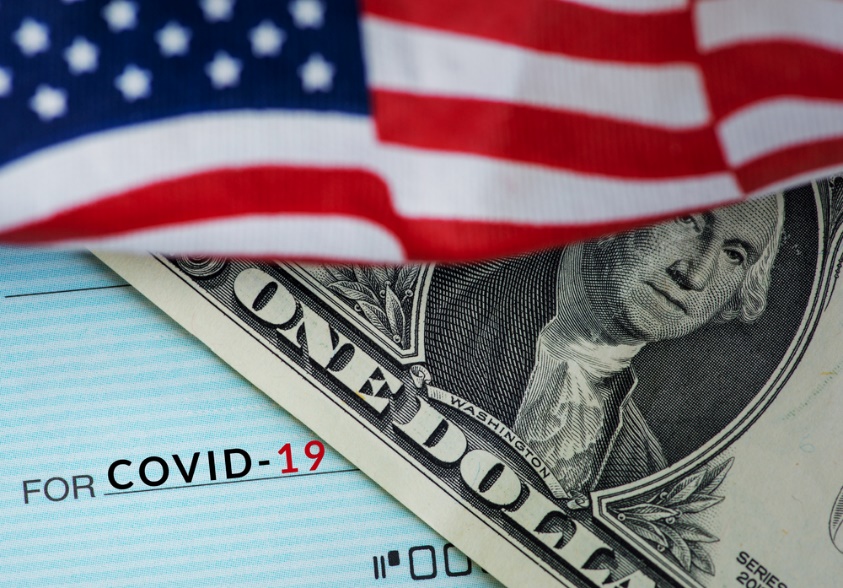 noted that collateral estoppel applies when someone participates in two “separate and consecutive cases arising on different causes of action,” but some fact or question vital to the determination of both cases was already decided by the first court or agency.

According to the appellate court, in order to invoke collateral estoppel, these requirements must be met: (1) the determinative issues in the two cases are identical; (2) there was a final judgment on the merits in the prior adjudication; and (3) the party against whom estoppel is asserted was a party or had a legal relationship with a party to the prior case.

Applying this metric, the court found that the latter two requirements were not in dispute. The court only needed to determine whether the issue that was decided in the earlier workers’ compensation suit was identical to the issue that was before the pension board. Ultimately, the court found that the question of whether the plaintiff had been injured during a 2010 arrest had been fully litigated and previously answered before the WCC. Therefore, collateral estoppel applied, and the plaintiff was prevented from litigating the same issue again before the pension board.

On the other hand, in the case of Nomellini v. Cook County Employees and Officers Annuity Benefit Fund, 2018 IL App (1st) 162594-U, the same appellate court held that res judicata principles did not require that the pension board defer to a workers’ compensation settlement stipulation that the plaintiff’s injury was a non-duty related injury. The court found that since there was not an “identity of parties” between the workers’ compensation proceeding and the disability hearing before the pension board, the issue could be tried again.

Now, however, there is a new wrinkle to consider. As part of its recently concluded Special Session, the Illinois General Assembly passed with nearly unanimous support House Bill 2455, which was signed soon after by Governor J.B. Pritzker. (P.A. 101-0633). Among its provisions, the bill creates a temporary “rebuttable presumption” in the Workers’ Occupational Diseases Act providing that any first responder or front-line worker who contracts COVID-19 will be presumed to have contracted the virus in the course of his or her employment. (820 ILCS 310/1(g)) A “COVID-19 first responder or front-line worker” includes police officers, firefighters, EMTs, paramedics, health care providers, corrections officers and individuals employed by essential businesses. The legislation is largely identical to an emergency rule that was adopted in April by the WCC but was rescinded shortly thereafter due to alleged overstepping by the Commission. The General Assembly avoided any court challenge to the rule by making it law. The presumption will apply if the employee has either a confirmed medical diagnosis or a positive lab test on, or before, June 15, 2020. After June 15, the employee must submit a positive lab test. In any event, the presumption will terminate after December 31, 2020.

The legislation also provides examples of evidence that can be used to rebut the presumption, making it more employer-friendly than the original emergency rule. For example, the employee was exposed to the virus by an alternate source or the employee was working from home or on leave for more than 14 consecutive days immediately prior to being diagnosed with COVID-19.

It should be noted that this legislation also creates a rebuttable presumption for COVID-19 related deaths with respect to Articles 5 and 6 (Chicago Police and Fire) pension proceedings. However, at the present time, the legislation does not apply to Articles 3 and 4. It would not be surprising if the legislature extends this rebuttal presumption to Articles 3 and 4, in which case, workers’ compensation proceedings will largely become irrelevant, at least with respect to COVID-19 injuries.

Nevertheless, at least with respect to injuries caused by COVID-19, the road to receiving workers’ compensation benefits has, at least temporarily, become easier. If this presumption successfully stands in a workers’ compensation case, and an individual meets the requirements for the application of collateral estoppel or res judicata, the pension board may be forced to adopt the same finding that the worker’s employment led to the employee’s coronavirus-related disability, if the municipality has intervened and become a “party” to the disability matter.

Although there are several paramedics and police officers who have contracted COVID-19, any resulting disability cases are still in the early phases. If you foresee a similar issue arising in your municipality or district, contact an attorney at Ottosen DiNolfo to help prepare the best approach to these novel issues.